The Kootenay Film Festival is an intimate gathering to annually share what we have been up to locally, create opportunities for feedback, and inspire each other in our passions.

Everything Playing at the Civic 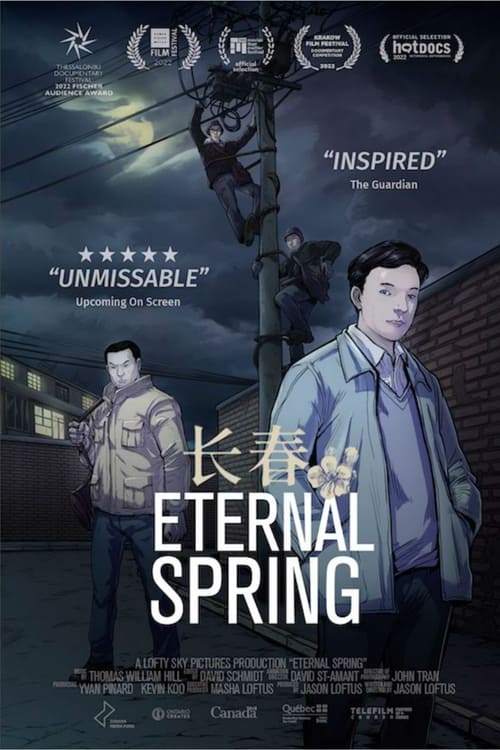 Dir: Jason Loftus
In March 2002, a state TV signal in China gets hacked by members of the banned spiritual group Falun Gong. Their goal is to counter the government narrative about their practice.
In the aftermath, police raids sweep Changchun City, and comic book illustrator Daxiong (Justice League, Star Wars), a Falun Gong practitioner, is forced to flee. He arrives in North America, blaming the hijacking for worsening an already violent repression. But his views are challenged when he meets the lone surviving participant to have escaped China, now living in Seoul, South Korea.
Combining present-day footage with 3D animation inspired by Daxiong’s art, Eternal Spring (長春) retraces the event on its 20th anniversary, and brings to life an unprecedented story of defiance told through harrowing eyewitness accounts of persecution and incredible artistry. Eternal Spring is an exhilarating tale of determination to speak up for political and religious freedoms, no matter the cost.

Outdoor Drive-in Screening
Kootenay Film Festival presents this sampling of regionally made short docs, animations and narrative along with the results of the 1/Day, 1/Roll Super 8 Hands-On workshop (local community made same day, shot, hand-processed and presented analogue Super 8 films).
Slow Down - Directed by Ty Theoret
Tail Gunner - Directed by Aidan Croskrey
Before I Made It - Directed by May Tin & Alex Botton
Twilight - Directed by Richard Reeves
Sometimes Clouds Get In the Way - Directed by Siloën Daily
Carving Landscapes - Directed by Agathe Bernard 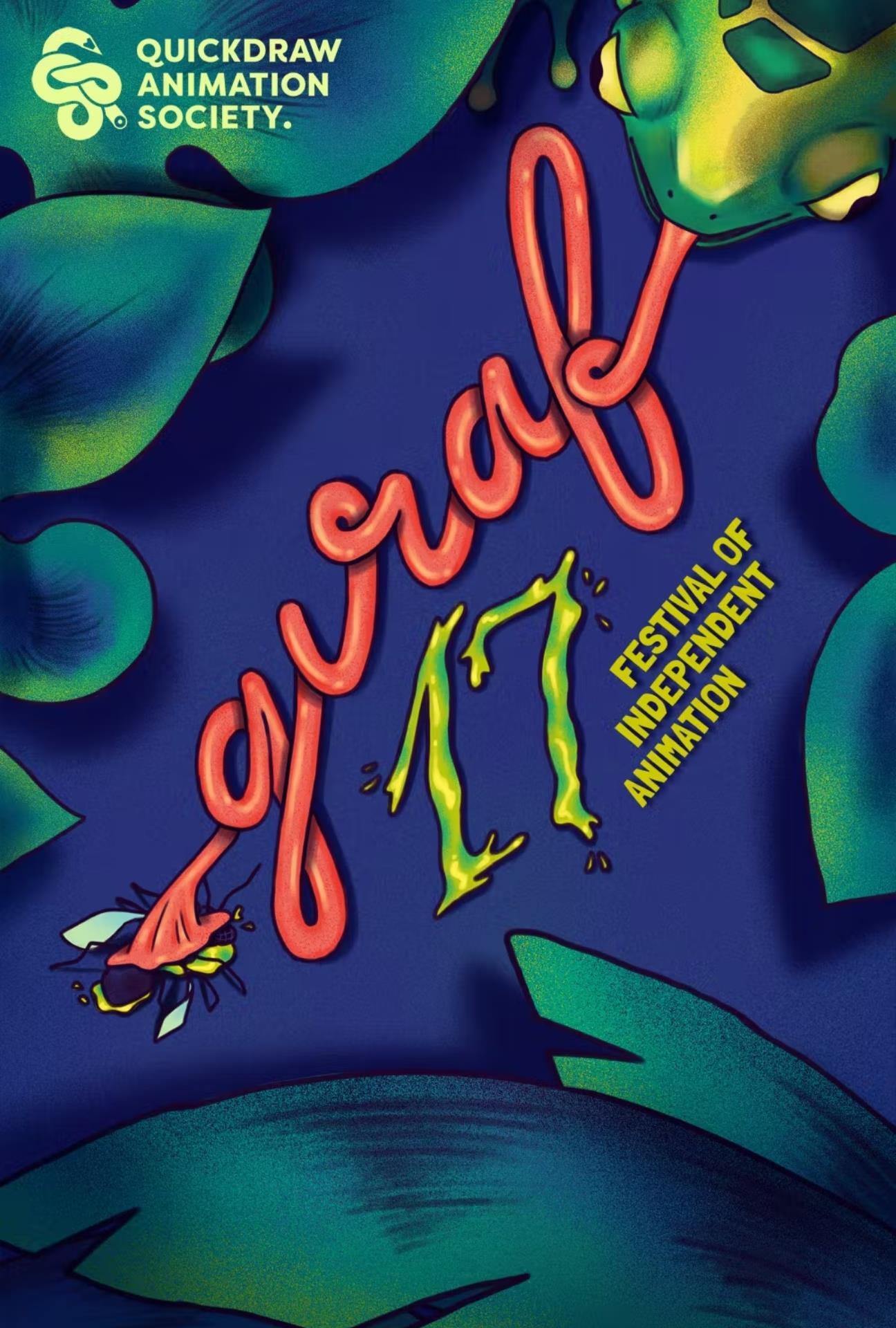 Kootenay Film Festival is excited to present the best from Quickdraw Animation Society's 2021 GIANT INCANDESCENT RESONATING ANIMATION FESTIVAL
GIRAF is a celebration of independent animation, a showcase of the best of what's being created here in Canada and around the world. Each year, we scour the globe for the most astounding, inventive, beautiful, mind-altering and unexpected animated films out there. 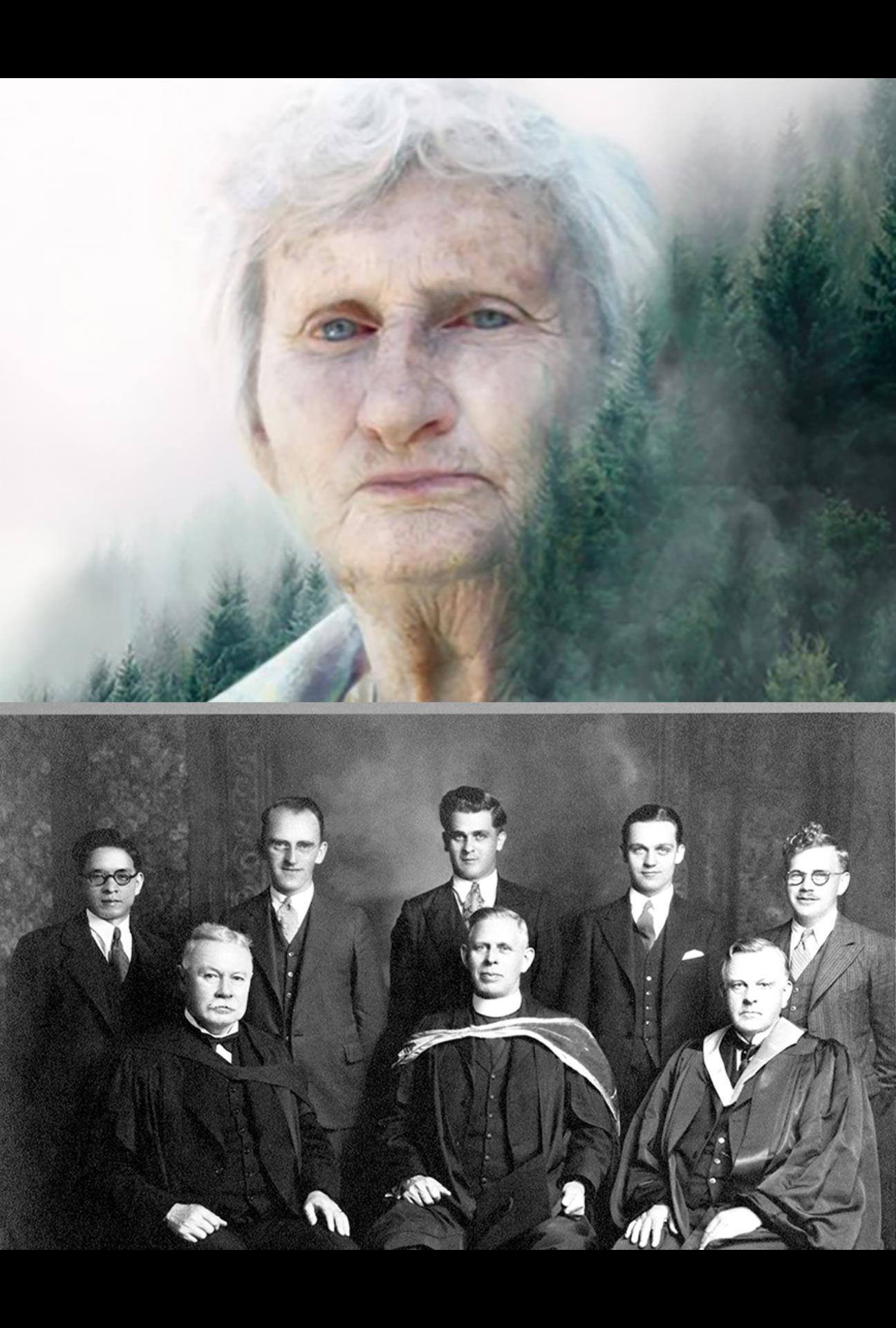 Kootenay Film Festival Presents this collection of short form documentaries that explore the Kootenay's history, landscape and people.
Stay Wild: Nestled in the Kootenays of BC, 90 year old Helen fights to save Canada's most iconic animals. Directed by Corey Woods
Nomoto - A BC Tragedy: How did early BC graduate Kyuichi Nomoto, a successful west coast church minister, suffer a breakdown deep in the Kootenays? Directed by Chad Townsend 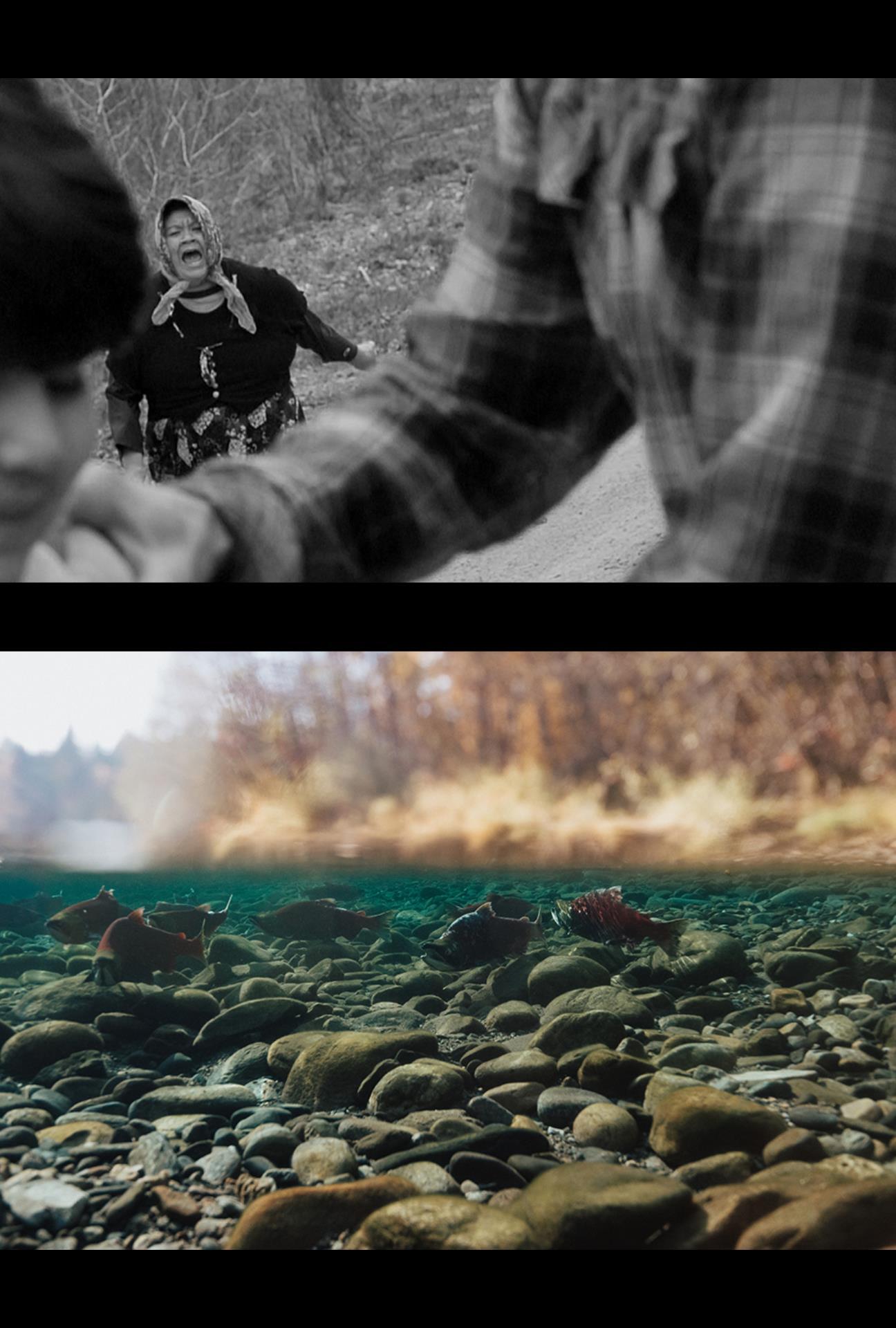 Kootenay Film Festival presents this collection of short form documentaries that explore the Kootenay's history, landscape and people.
Washed Away: Washed Away explores the disrupted landscapes and lives of people who lived on the banks of the Columbia prior to the dams. Directed by Agathe Bernard
Susap: Keeper of Knowledge: Elder. Teacher. Survivor. The story of 72 year old Robert Louie who escaped residential school at 7 years old and went on to live a productive and influential life, while at the same time accomplishing many 'firsts' for indigenous people. Directed by Dan Caverly 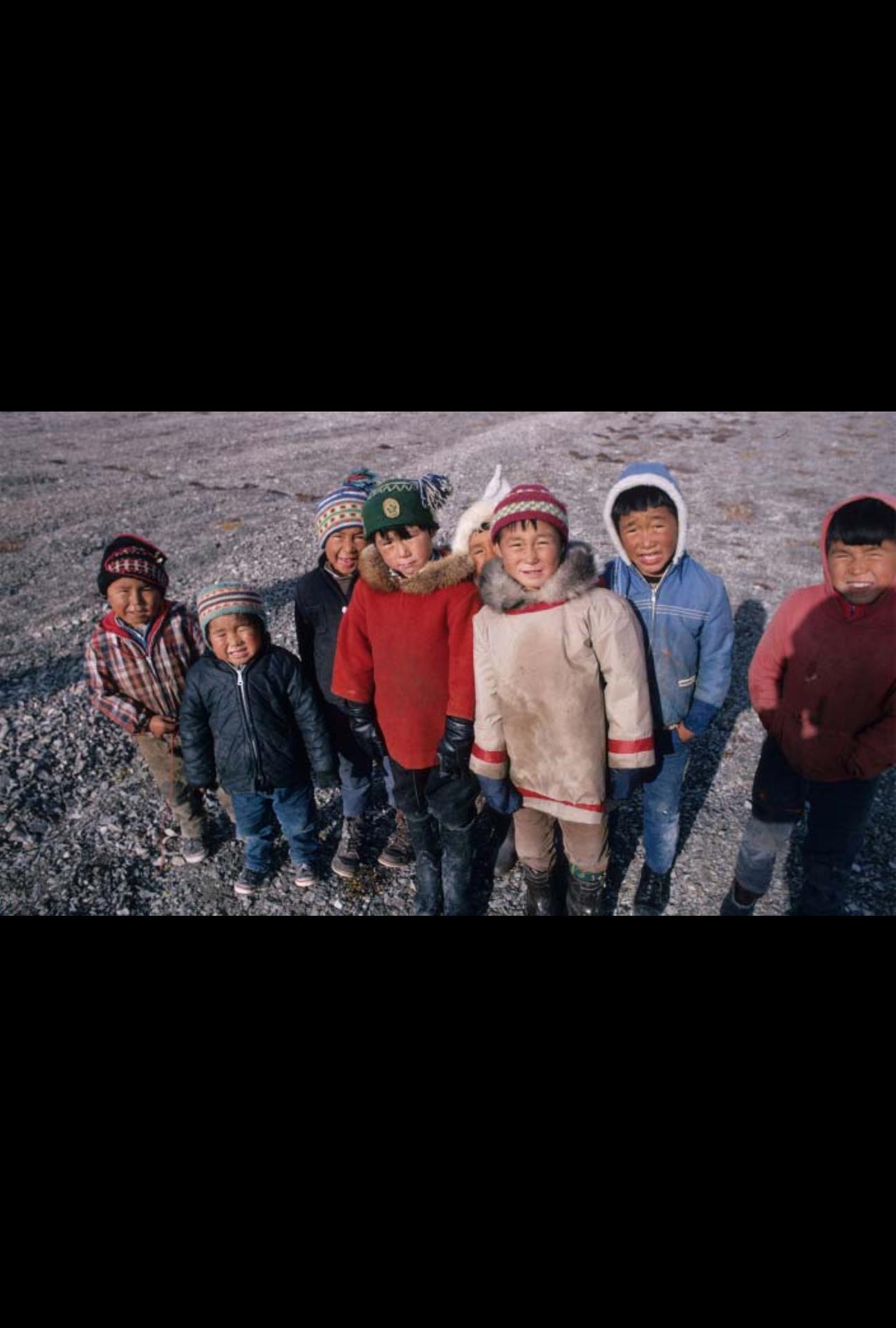 Arctic Defenders tells the remarkable story that began in 1968 with a radical Inuit movement in Canada. It led to the largest land claim in western civilization, orchestrated by young visionary Inuit with a dream - the governance of their territory - the creation of Nunavut. The story reveals the dark side of Canada’s attempt at sovereignty in the north and finds hope and inspiration from determined Inuit who changed the rules of the game. It's also an incredibly personal film, as it charts Walker’s return to the High Arctic which he first explored as a wide-eyed teenager. 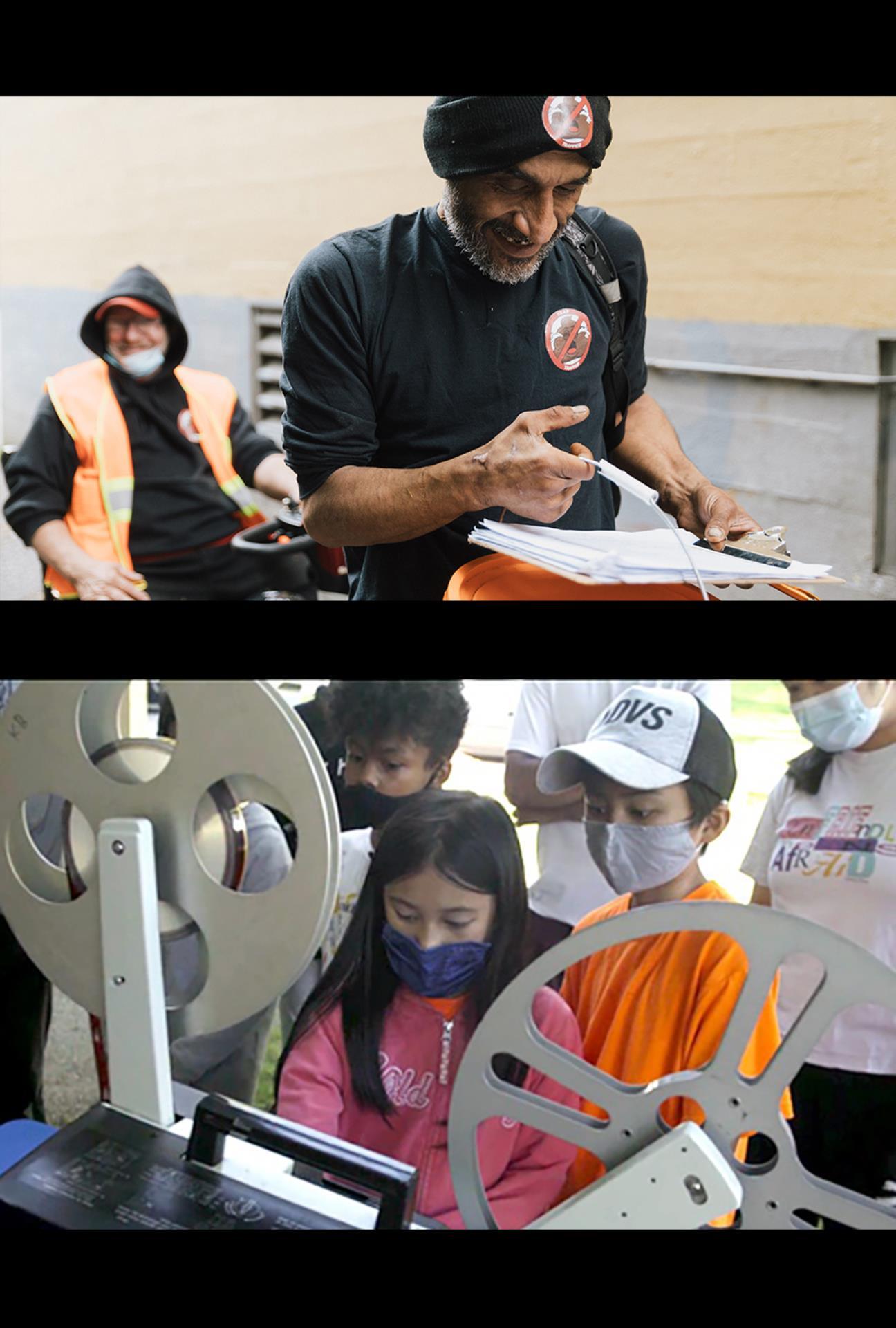 Kootenay Film Festival presents this collection of uplifting and inspirational shorts that celebrates building community.
Doing it for Love: Echo Park Film Centre North - Artists-in-residence Paolo Davanzo and Lisa Marr are hard at work creating a playful space for exploration in filmmaking with neighbours in Moberly Park (Vancouver) when the pandemic hits… but how can they connect community when we can’t actually be together? This short film reflects on the resilience and richness of artists and community working together through difficult times. Directed by Sarah Cavanaugh
Employ to Empower - Employ to Empower (ETE) aims to empower individuals through personalized support and entrepreneurship in the Downtown Eastside of Vancouver British Columbia; a place that is often presented as one of Canada’s poorest postal codes facing insurmountable inequity and in need of innovative solutions to help heal the divide. Directed by: Amy Hemmerling & Alexandre Beaucage 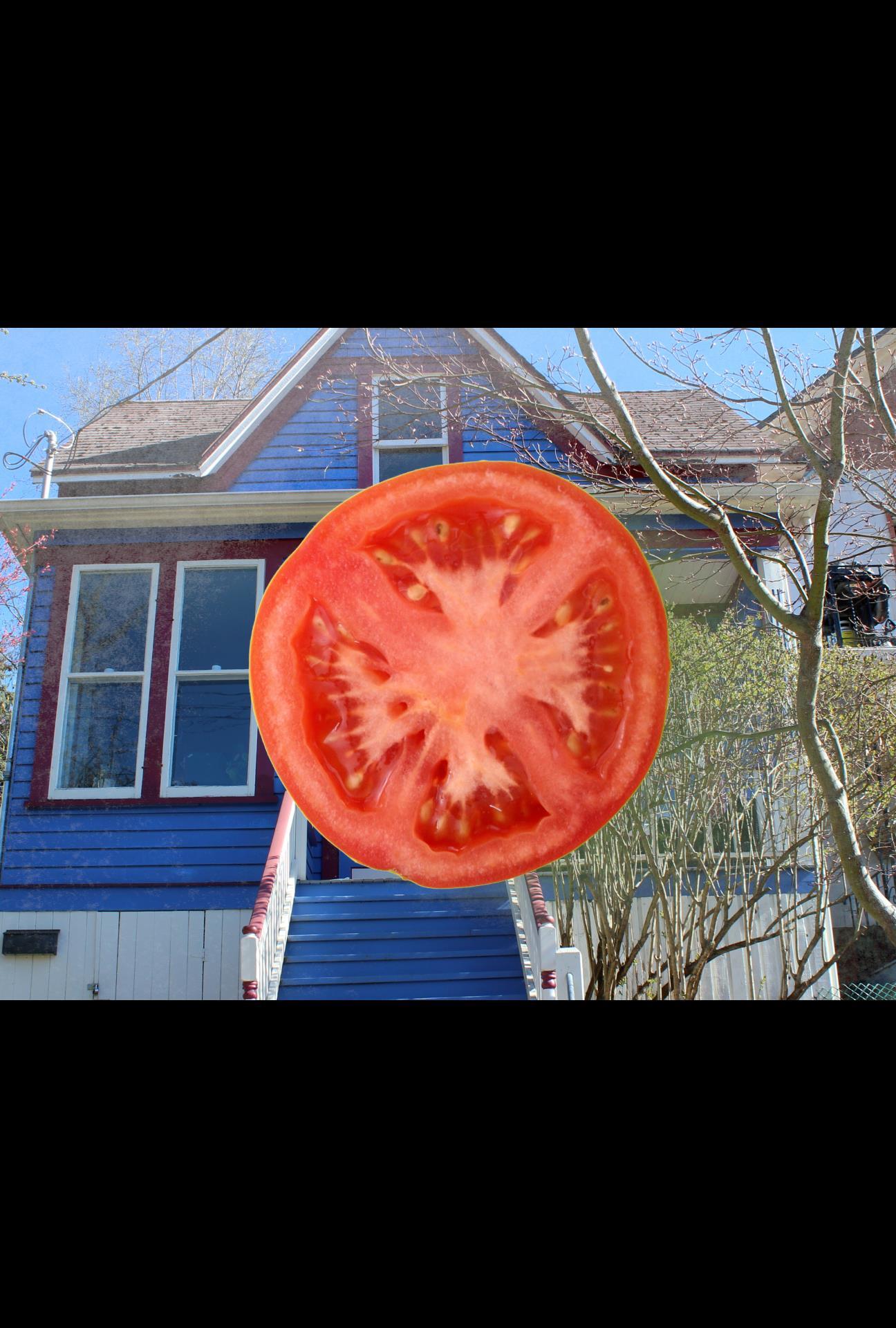